I’ve spent the past week at the Lake Huron Retreat Center with some of the guild members. It is a lovely facility on the shores of Lake Huron in Burtchville, MI.  This is a really nice facility, they had great food, it was updated & clean.  The only restriction is no alcohol, which for many was a little bit disappointing in the evenings. There were other  options we could take advantage of just down the road & in the nearby town though.

There were 20 at the retreat & we were split into two work rooms, both with views of the big lake. We sewed and watched the freighters pass by. We could open the windows & get a nice breeze on the cooler days & used the A/C on the hot ones.

If your not familiar with Michigan, Lake Huron is known for being on the Sunrise side of the state. This was the sun coming up on our last day there. 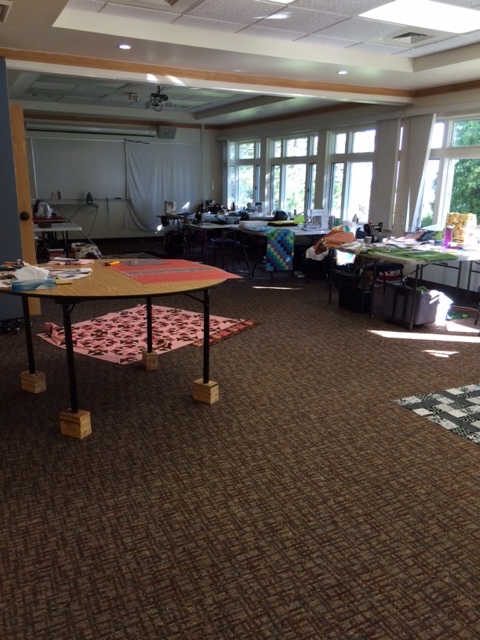 Meals were in the building next door, just a short walk. The staff made a lot of dishes individually like omelets, stir fry & pasta bowls. We could choose what items we wanted and watch their culinary skills as they made it right on the spot.

I worked on a few projects that have been in my containers for a few years. It worked out nicely because they had ample room to lay out projects & other quilters around to help give ideas on layout & borders.

Here are the projects I worked on. The first is a mystery quilt from 2010. The blocks were finished but I needed to finish up the sashing & borders.  The Carpenters star was from 2007, a simple quilt that has fabric that was made specifically for the West Michigan Quilt Guild for their 30th anniversary. Its a really pretty batik. I still need to put on the borders.

The West Michigan Guild has a quilt show coming up October 7-9 called Quilts on the Grand. Its at the Delta Plex in Grand Rapids. This is a very nice guild show & they always have a nice variety of venders at this show as well. Who doesn’t like a little shopping?

I finished some more of my Asterisk quilt. This was from a guild workshop I took earlier in the year. Its pretty bright for me, I’ll need to tone it down a bit.  The fabric was a Pat Sloan “One for you, One for me” FQ pack.  Lastly, I made a little Lazy Girl Sweat Pea Pod. 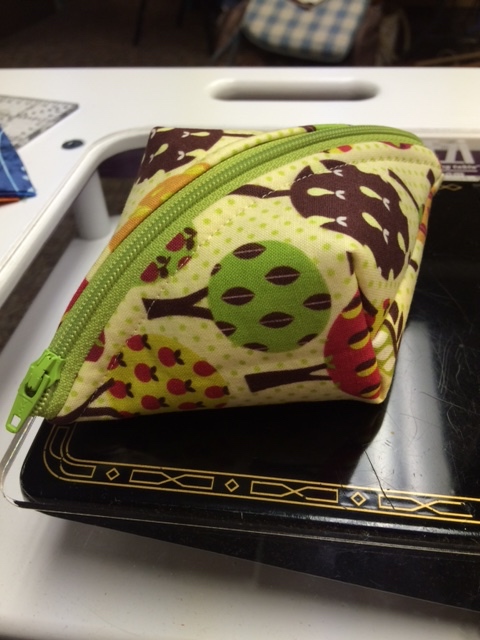 This retreat ran from Monday thru Thursday. Its a little cheaper than the weekends but limited the number of members that could come.

At night we could see the moon on the water &  twinkling lights across in Sarnia Ontario.. The lights were really wind turbines in the water but flash little red in the distance. It was beautiful weather & a lot of fun with the guild.

Save my bleeding quilt